Long May it Wave - the Language of Flags 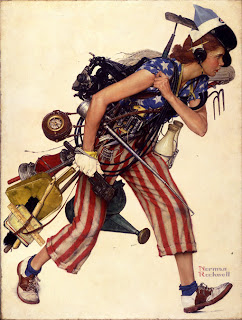 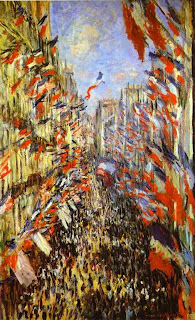 The 4th of July - in my historic Philadelphia neighborhood where the 4th of July was invented, just about every house has a flag flying. There will be parades this week all over the country, with lots of flag waving to stir the excitement. Flags send a lot of messages; they're a whole human language system with layers of emotional nuance and significance. They can be symbols of good or evil, partly depending on who is defining the use, and partly what side you're on. The American flag is beautiful - classic in its design of red, blue and white, and its pattern of stars and stripes - and beautiful for associations with all the good things about this country. Even if Americans don't believe all those things (or worry about them), most love their flag and what it stands for. Of course we're not alone - every country has a flag - many are red, white and blue in some combination and many have stars and stripes of some sort - and most people rally to the

symbolism of their national flag. That's the point of those bits of cloth and color. Flags, a supremely visual language, can help walk us through history, telling us about attitudes and values at different times and places. Leaving out some of the darker possibilities, here are a few artist comments on life over the last hundred years or so, annotated with flags. Monet's flurry of flags  in his Rue Montorgueil: Festival of June 30, 1878 is pure spirit and 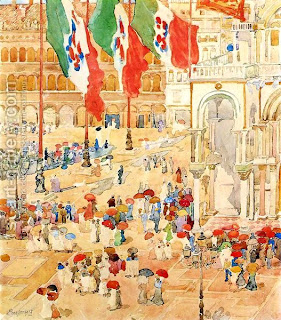 celebration, painted the year of the grand Exposition Universelle in Paris. The world was either in or watching Paris, the head of the Statue of Liberty was on display prior to moving (with the body) to the U. S., and it was a great time to strengthen French pride and loyalty,  just years after a humiliating military defeat. It looks like July 14th, Bastille Day, but that holiday wasn't declared until 2 years later. Italy is an old hand at flags - the bright beautiful display of banners at the Palio in Siena each year are the legacy of pre-national Italy, when every city state and even families had their own flag to rally around. The tradition likely dates back even further to Roman times, when there were team colors for chariot racing and other aspects of Roman life. The American artist Maurice Prendergast, on vacation in Italy, painted giant green, white and red flags flying in St. Mark's Piazza, Venice; it makes a pretty composition, but it also makes a statement. In 1898 Italy was still going through the growing pains of  a new country and hadn't settled on a final flag. Those here appear to be a variant 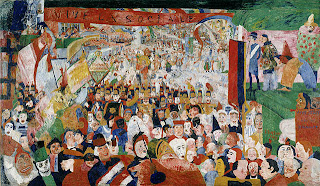 of Sardinian design - the modern Italian tricolor was only adopted in the 1940's. James Ensor 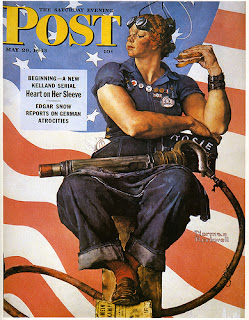 includes a number of indeterminate flags in his epic Entry of Christ into Brussels from 1888. Contrary to Prendergast's mildly observed scene, Ensor's work is a cry of protest against the modern crush of inhumanity - he turns the shorthand of a flag-waving parade into a mindless mob. By contrast Norman Rockwell - to some the name itself is shorthand for unquestioning patriotism, though Rockwell is far subtler and more interesting - uses the American flag to rally national pride 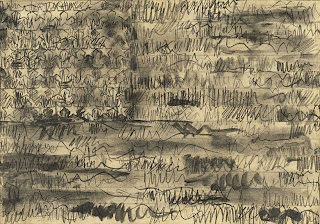 during the difficult WWII year of 1943, cheering the nation up along the way with his good-natured love of detail and fun. Probably no artist, certainly no living artist, is more associated with the flag than Jasper Johns. Post-WWII, freedom safely snatched from the jaws of evil, it was a time when an artist could take license with the sacred national symbol and get away with it - shocking to some, but Johns also made us SEE the flag in a new way, as an object, a design, a work of art. His pencil rendition from the 50's is brave and beautiful, speaking a language all its own.  Happy 4th of July!
Posted by Marilyn at 1:09 PM