Bill Cunningham - our Bruegel of the Streets 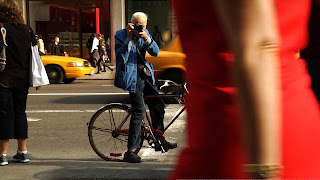 Since 1966, photographer Bill Cunningham has been roaming the streets of New York with a camera, chronicling delightful little moments of human pride and vanity - er, I mean style and fashion. I've seen the recent documentary about him* (see below) and know him to be a 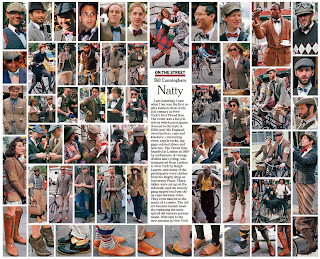 good-hearted, down-to-earth fellow with no malice towards his fellow travelers. Still, that keen, ever-present eye is on us; the stories he tells speak volumes about our fears and our obsessions. It suddenly occurred to me this week, as I was preparing for the theme 'Daily Life' with my university Art History class this week, that Cunningham is our Bruegel, the 16th century Flemish artist whose paintings spread a wide, richly furnished table of human foibles, follies, and joys. Pieter Bruegel (the Elder) was a
down-to-earth kind of guy too, nicknamed 'Peasant Bruegel,' not because he was a peasant, but because he used to dress up like one in order to mingle with the folks he wanted to paint. It was a time when the classes were separated eternally and as a matter of course - your parents were 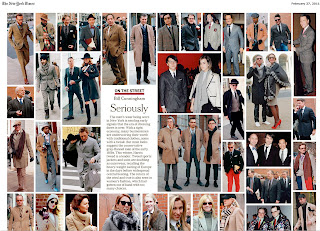 peasants, you were a peasant, your children would be peasants - or you were a lord, your parents were lords .... etc. Few if any artists painted the lower classes - there was no money in it - but Bruegel, spurning the rich and over-mannered as subjects, created one masterpiece after another by using peasants to represent the crazy colorful range of human nature. One of my favorites is Netherlandish Proverbs (1559), a riotous delight chock-full of the fun and foolishness of life. See if you can spot 'Casting pearls before swine, Belling the cat, The blind leading the blind' among hundreds of other 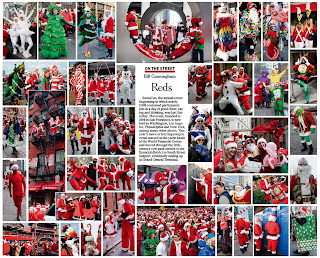 pithy sayings rooted in the gritty stuff of daily peasant life. (See below for a handy reference guide.) Bill Cunningham is hardly such a blatant moralizer; he's a Bruegel for our time, in true contemporary art style he tosses out his weekly hurricane of bits and pieces and lets us stitch them together into our own patchwork quilt of meaning. Where one sees chic, another may see pompous... where one sees retro, another may see trying too hard. Bill Cunningham is in his 80's now - he lives simply in the center of over-the-top Manhattan, spurns cars and cabs in favor of his faithful bike, he's our version of an intentional peasant, and still going strong in his 80's. It's fun to think what Pieter Bruegel would have done with a camera, but then again, we don't have to imagine - Cunningham has painted a clear picture.