Words and Art, Art and Words - Now, Then and Always 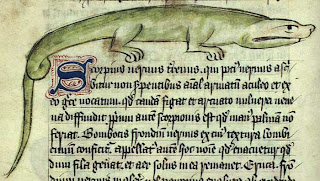 Words and visual art. The combination is an old and fruitful one, not just something invented by grafitti artists. I find a lot of it in contemporary art, so here's a look back at the tradition. Posters, of course, have a starring role. The inventive

compositions of Toulouse Lautrec, among the best of all poster designs, went hand in with the development of color lithography at the end of the 18th century. If you've ever pined to be part of the nightlife of turn-of-the-century Paris, like Marion Cotillard in 'Midnight in Paris', you can blame it on those lively Lautrec posters! (see more about poster history with the weblink below) Further back, 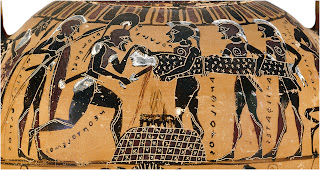 you can find the Greeks including lettering on their ceramic vessels, prompting understanding of complex stories of gods, heroes, and mythic events with what are essentially the credits. This example is a bit gory, but at least you know who's doing what. Beautiful examples of words and art abound in Western Art. The magnificent Book of Kells, from the 9th century, is more art in words than words with art. Each vellum page, decorated heavily with color and twisting puzzles of design and Christian meaning, is a tribute to artistic imagination and invention - and courage. The Book of Kells was created during the so-called 'Dark Ages,' when European civilization was at daily deadly risk from marauders - it is thought to have been created in

the Abbey of Kells, north of Dublin (where it now resides in Trinity College) though may have been created elsewhere and brought along with 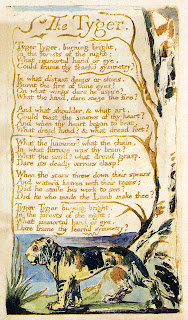 monks fleeing the Vikings. A bit later, in more peaceful times, words and images come together in ways that reflect increasingly worldly concerns. Bestiaries, which had a fruitful period of popularity during the Middle Ages, began as reflections of a Divine Natural World, but evolved into explorations of early science. Illustrations and descriptions may border on - or be - fantasy, but they attest to a growing human hunger for knowledge about the real world. Speaking of fantasy, William Blake lived in a world that wasn't quite of this earth at times and he documented his visions carefully in words and images. His beautiful 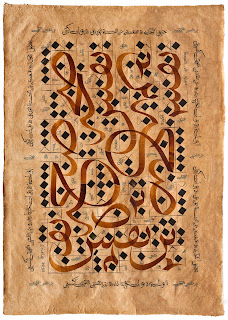 poem, Tyger, is here illustrated in his unmistakeable style. It's impossible to consider words and art without including the masterful Arabic tradition, in which there is virtually no division between art and calligraphy. Non-Arabic readers don't need to struggle with the question of what is being said (often references to Allah and the Koran) to marvel at the compositions of gorgeous forms and twining shapes. This exquisite example is by a living calligrapher named Ozcay (see more of his impressive work with the weblink below.) Modern American artists working with imagery and words include Cy Twombly and Andy Warhol, for very different purposes. Twombly, in his wonderful series "Fifty Days at Illium" at the 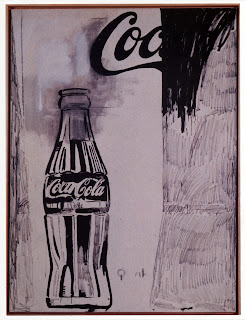 Philadelphia Museum of Art, connects back to those Greek ceramic artists, using words and 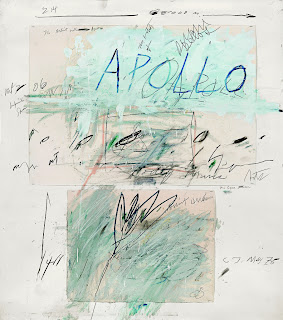 names to help tell his personal story of attachment to the Greek myths and European art, while Warhol makes typically wry comments on consumerism and the place of commodities in American life. And of course, there's grafitti - it won't go away, it's been around as long as there have been walls to write it on. The current moment of 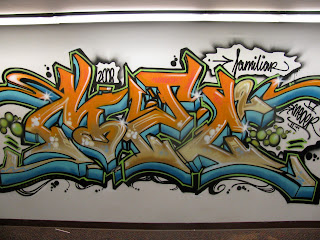 grafitti is an exceptionally creative one - you may not agree with the principle of grafitti but there's some beautiful work out there helping carrying on a long tradition of words and art.

What is your favorite work of Art and Words? Leave a comment and tell me about it!

Earlier this week I posted a piece on my blog about words and art...sometimes I think these ideas float about in the ether waiting for creative and open minded people to grab them... I like your historical perspective on this issue.

Thanks, Pamela - send me the link to your blog. Maybe we can link up!